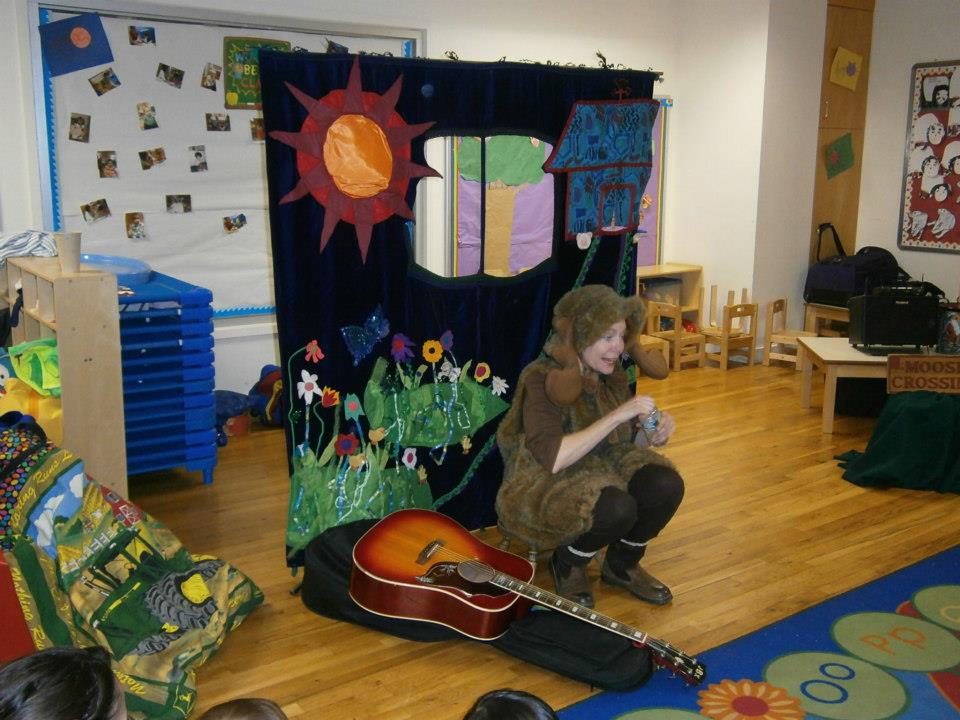 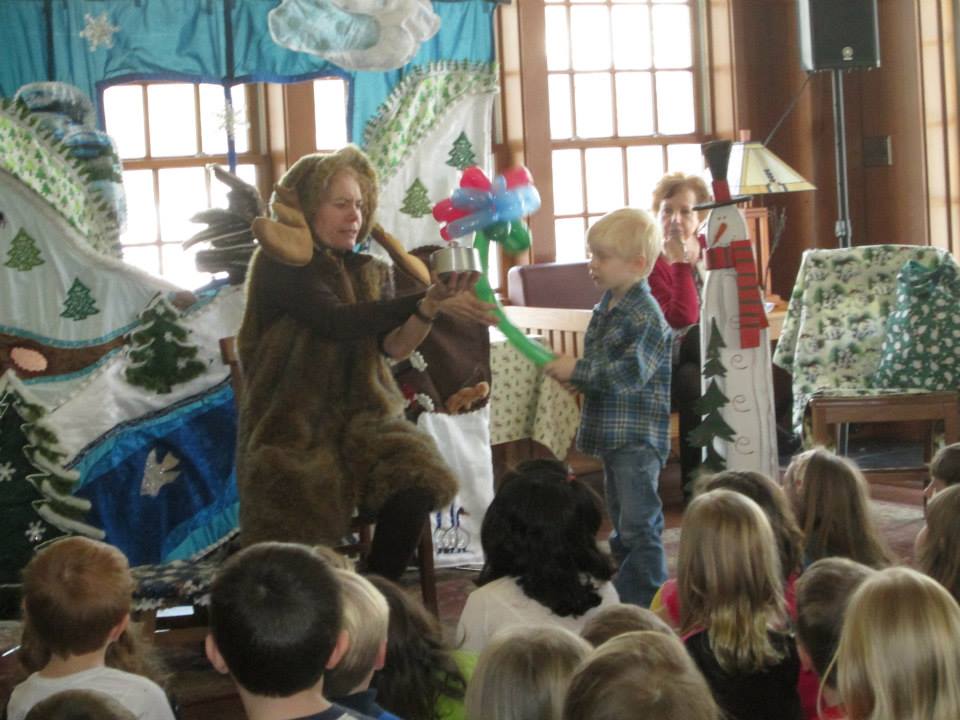 About the The Musical Moose! birthday party

In a nutshell (as my puppet friend Shelly the Squirrel likes to put it), I'm a children's entertainer specializing in performing for ages 1-7 yrs., in the Tri-State - New York, New Jersey, & Connecticut - Metro Region. Trained in theater arts and early childhood education, (M.S.Ed. Bank Street College of Education), I entertain at pre-schools, elementary schools, camps, libraries, hospitals, corporate events, and children's birthday parties at homes, restaurants, and other settings.

Adapting to each age, size, and type of group, my interactive show is a combination of a Musical Sing-a-long with Guitar, Simple Silly Magic, and a Puppet Show with Animal Puppets and a Beautiful Puppet Stage. Audience participation includes songs that the kids eagerly contribute to, helpers for the magic, and an opportunity to "meet and greet" a friendly furry puppet specific to the puppet show theme. "Olivia the Owl", is one such friend whoooooo, (as long as the group isn't enormoose...), has colorful shaker eggs which the children shake!   At baby and toddler gatherings, the fun includes additional "hands-on" activities such as fruit shakers, rainbow-color scarves, and more!

New to my Public and Educational programs, are my "Habitat Shows" which feature Animal Puppets in their Habitats and the Social Lessons they learn. Themes include: "Nocturnal Animals", "Winter Wonderland"", "Neighborhood Animals", "Frogs in Outerspace - Really?" and more on the horizon! "Enrichment through Enchantment" is at the core of all my work with children!

Naturally, everything I do is modified based on the age and particular group present.  The program lasts approximately 45 minutes for that age group.  I'm generally there about 45 minutes ahead of time to set up the stage etc.  The program includes sing-a-long with guitar; we sing old familiar, fun songs.  At one point, I bring out a puppet that has shaker eggs and the children shake to some of the songs.  The puppet will be linked to the puppet show theme -- if we are doing the Barnyard theme, then it's a hen puppet with hen eggs, if it's the Jungle theme, then it's a Parrot puppet with Parrot eggs etc. - for the Jungle theme, I also bring out a monkey puppet and banana shakers and for the Barnyard theme, I also bring out a Mama Duck Puppet with soft squeaky ducklings.    After the music, there's very simple visual magic.  I make a magic wand out of balloons for your daughter and she gets to be my helper.  Magic necklaces appear in a pan and then flow out in a long stream.  Often we do the trick again and a rubber frog appears, which is a "moostake"!   Next there's an interactive puppet show - I can describe the different options etc. on the phone.  I usually recommend the Barnyard or Jungle themes for the youngest groups, although any of the themes can be modified for the group.  At the end of the program, I give out little moose finger puppets for the children to take home.  Your daughter gets 5 and everyone else, 1  (these have my phone # on the back, but are cute).

Be the first to review The Musical Moose!

How many guests?
Our event planner will contact you asap!

My name is Leigh Buntain and I am available to assist you in creating your ideal event!

Enter your email address and we'll send you a link to reset your password.